The issue of the Armenian Genocide has left no less than 105 years behind us. Still now the culprit is unpunished and apathetic. But the greatest crimes against humanity have no expiry date, so the just demand of the Armenian people, whenever it exists, must have a just solution. The civilized world should not stay indifferent to the heinous crime committed against humanity in the early 20th century.

The indifference of many countries has led to many further crimes, most of which are unfortunately not condemned to this day, pursuing purely narrow national and political interests, ignoring human and human rights abuses. There are many values and interests that are expressed by a certain country, people or a nation, but the best interests of all mankind must be prevailed from all the rest.

Therefore all the harassment against the world and humanity must be condemned by the peoples of the world. By remaining silent and indifferent, we first of all and foremost commit a crime against truth and justice, which are considered absolute values. There are many other truths that can be told, but the most important of all is the crime that has been committed and is still being committed against the truth, responsibility and political intelligence. So it is a CALL to all countries that have not yet acknowledged the fact of the Armenian Genocide. It is not too late. You simply have to show goodwill to recognize the Historical Truth:

Armenian Genocide, which will be in honor of the first Armenians killed and deprived of the last chance to die in the war fields, dishonored women, who were never allowed to become full-fledged people because of their demolished honor and pride, killed children, who were deprived of the human right just to LIVE. It will be a tribute to the many prominent Armenians who were killed or became insane witnessing the events of the dates, the good deeds of who could have upbrought a lot future generations.

The recognition of the Armenian Genocide is a warning to all societies of the world to avoid the path that leads to eternal disgrace. " General Secretary of the Armenian School Sport Federation 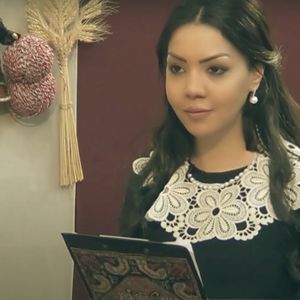 Several cases of bird flu have been reported in India, prompting authorities to order the culling of poultry. Kerala's government said it had deployed special squads to cull all poultry within a...
28 / December / 2020

Ahead of the New Year holidays, Galaxy Group of Companies along with World Vision Armenia international charity organization united their efforts around the idea of kindness and care. Within the...
06 / October / 2020

Iranian Minister of Defense Brigadier-General Amir Hatami said on Tuesday that Iran attaches special significance to the security of its citizens and border residents, warning the two states...
08 / April / 2020

Getting across the importance of staying at home to prevent the spread of coronavirus has inspired one Indian inventor to create a new car. The spherical vehicle looks like the COVID-19 virus....
04 / October / 2020

Dear Talysh and Lezgi brothers and sisters!We are closely following the internal political developments in Azerbaijan, in particular, the growing protests in Talysh and Lezgin populated cities and...
30 / September / 2020

Dear Armenians The website of the Foundation has been completely restored. Continue to transfer money to the fund. https://www.himnadram.org/en
04 / June / 2021

Mr. Francis Malige, Managing Director, Financial Institutions for the EBRD, speaks on how challenging the 2020 was for EBRD, the global economy recovery after the crisis, likelihood of new projects...
29 / February / 2020